Too many infants with congenital hypothyroidism go undetected, untreated 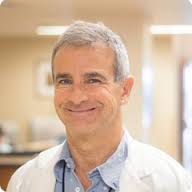 DENVER – An alarming percentage of infants born in Utah from 2006 to 2015 with primary congenital hypothyroidism were either lost to follow-up or inadequately treated.
If such a thing can happen in Utah with its highly functioning public health system, it probably can happen in the rest of the United States as well, Joel Ehrenkranz, MD, said at the American Thyroid Association annual meeting. “We just have not looked for it yet.”
Screening for and treating congenital hypothyroidism in infants is one of the great public health successes of the 20th century in the United States. It deserves to have the same level of importance as eradication of polio and smallpox in this country, noted Dr. Ehrenkranz, an endocrinologist in private practice in Glenwood Springs, Colo. At the time of this research, Dr. Ehrenkranz was with Intermountain Healthcare in Murray, Utah.
The American Academy of Pediatrics recommends diagnosis of congenital hypothyroidism by the 14th day of life and that the baby be biochemically euthyroid by week 6 (Pediatrics. 2006 June. doi: 10.1542/peds.2006-0915), he said.

The cohort included 4,394 children from birth to 24 months of age. The screening test was done by a third-generation bioluminescence serum TSH assay, not dried blood blot. Of these infants, 2% (82 babies) had a TSH level greater than or equal to 20 mlU/L at their initial test. That TSH was still high by day 14 in 42 infants (23 girls). But of all the babies with primary congenital hypothyroidism, 50% had a delayed diagnosis, he reported.
Twelve children (15%) were never retested; 34% reached AAP goals of having a TSH level less than 5 mlU/L within 28 days after starting treatment; half of the children with primary congenital hypothyropidism did not meet the treatment goal: “They were inadequately treated,” he said.
Of particular interest were 16 infants who had a TSH level of less than 20 mlU/L but on retesting had one of 20 or higher. Three of these infants had multiple TSH levels greater than 20, perhaps representing a subset with a late onset form of the disorder.

“We are not doing as well as we could do,” he said; 50% of affected babies have a delayed diagnosis with consequences of a delayed maturation of the pituitary thyroid axis. Logistics are a challenge. And 50% of babies did not meet treatment guidelines.
In comparison to the state of screening and management in Utah, moderator Alex S. Stagnaro-Green, MD, noted that many pediatricians and endocrinologists operate under the presumption that screening for primary congenital hypothyroidism is “a well-oiled machine and that these babies are being taken care of.”
Utah has a very functional public health infrastructure. Of note, Utah’s birth rate is the highest in the country. The birth rates in several of its counties rival the highest rates found in the world, according to Dr. Ehrenkranz.
“So I think we have a very significant problem nationwide that just hasn’t been looked at,” he noted in response to the question. He undertook looking at newborn TSH levels in the first place as part of a project with the Food and Drug Administration. It was only then that he and his associates were struck by how many babies had low serum TSH levels, he said.
He had no relevant financial relationships to disclose.
skubetin@frontlinemedcom.com