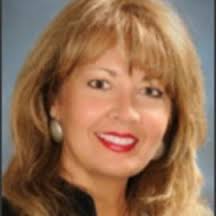 Higher levels of free thyroxine are associated with an increased risk of sudden cardiac death, even in euthyroid adults, according to a report published online Sept. 6 in Circulation.
Thyroid dysfunction, even in the subclinical range, is known to correlate with increased cardiovascular disease, but until now a possible link between free thyroxine levels and sudden cardiac death (SCD) has never been explored in the general population. Any factors that could improve prediction of SCD in the general population would be helpful because almost half of these cases are the first indication that the patient had heart disease, said Layal Chaker, MD, of the Rotterdam Thyroid Center and the departments of internal medicine and epidemiology, Erasmus University, Rotterdam, and her associates.
They assessed SCD among 10,318 participants in the Rotterdam Study, a prospective population-based cohort study examining endocrine, cardiovascular, neurologic, ophthalmologic, and psychiatric diseases in middle-aged and older adults in the Netherlands. Men and women aged 45-106 years who had thyroid testing at baseline were followed for a median of 9.2 years (range, 4-21 years) for the development of SCD. There were 261 cases of SCD, and 231 of these occurred in euthyroid participants.
Higher levels of free thyroxine (T4) were associated with an increased risk of SCD, with a hazard ratio of 1.87 for every 1 ng/dL increase in free T4. When the analysis was confined to the 231 euthyroid participants, this association was even stronger, with an HR of 2.26, the investigators said (Circulation 2016 Sept 6. doi: 10.1161/CirculationAHA.115.020789).
The findings were similar in several sensitivity analyses, including one that excluded participants who had an unwitnessed SCD. In addition, adjustment of the data to account for the presence or absence of diabetes, as well as exclusion of patients who had heart failure, did not alter the risk estimates significantly. The results also were consistent across all age groups and both sexes, Dr. Chaker and her associates said.
The exact mechanism for the association between free thyroxine and SCD is not yet known but appears to be independent of traditional cardiovascular risk factors. “Bigger sample size and more detailed data are needed to determine whether these associations share the same or have distinct pathways,” they added.
The Netherlands Organisation for Health Research and Development and Erasmus Medical Center supported the study. Dr. Chaker and her associates reported having no relevant financial disclosures.